The fire, which started on Sunday afternoon, has been fanned by gale force South Easterly winds – hampering fire fighting efforts and grounding aerial support which had earlier made a valiant attempt to quell the flames. Lions Head and Signal Hill have been especially hard hit by the blaze – which is now threatening mountainside homes, as residents await an ominous evacuation call, which could be made fire marshals.

In the meantime, a dedicated crew of firefighters from the City of Cape Town and Working on Fire are in need of assistance from the public. Please note that no civilians are allowed to actively fight the fire – the public has been urged to stay clear of the area to allow for emergency services to do their jobs unencumbered. Still, here are a few ways you can help the brave men and women who are putting their lives on the line.

Sandy Burbach; “I remember it burning like this when I was a child and a request went out over the radio for as many men as possible to come out as volunteer firefighters. My Dad went and I thought he was very brave. God knows how my mother felt!”

Desire Adonis; “whats the progress of the fire?”

Jenny Knott; “Heartbreaking. Cape Town has been hit bt so many devastating fires and sll caused by stupid, careless fools” 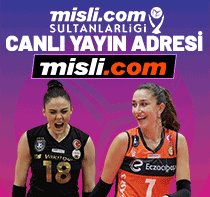